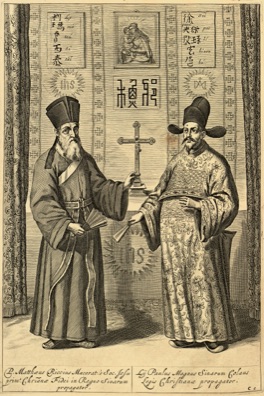 The network is formed by an outstanding group of scholars with a very high international reputation, and its aim is to discuss on how global history has influenced new studies provoking an intensive debate among scholars on how to theorise and write history, as well as to approach to the empirical data by building the proper questions and hypothesis through concrete case studies. How to focus the analysis of the birth of a global society, by which we can find the early trans-continental meetings and encounters since the silk road was open between the East and West during the expansion of Alexander the Great's empire into Central Asia, the Marco Polo's trips to China in the XIIIth century or the discovery of the Americas by Columbus. These major historical facts take part of the early stages of the globalization shaping a world trans-culturally connected. Within this global historical process local history, or the so-called micro-history, as well as other disciplines of social sciences, such as sociology, demography, anthropology or philosophy, play a crucial role as historical facts could not be properly interpreted without the help of such disciplines.

The real breakthrough of this network is to actively revise, since the early days, the socio-cultural and economic transfers from western and eastern territories and vice versa, which occurred when different goods, people and knowledge circulated trans-continentally. Therefore, one of the key issues to debate is how eastern and western historiographies have been built by scholars, and which are the major lacks and challenges. The controversial question is: why national scholar traditions clash when historians go beyond the rigid national models, which obviously belong to an upper political discourse, using a trans-national approach to explain how local history is connected within a more general framework?

The Global History Network is a non-profit academic organization whose main goal is to serve as a platform for outstanding scholar research on interdisciplinary studies on social sciences covering history, international relations, politics, economics and sociology as main fields. Since global history has encountered little room in Chinese academy, professor Manuel Perez (Renmin University of China) felt in the need of founding the Global History Network in China with the participation of professor Lucio Sousa (University of Tokyo), Antonio Ibarra (UNAM), Luis Jauregui (Instituto Mora), Liu Beicheng (Tsinghua University), François Gipouloux (EHSS) and Zhang Li (Beihang University). This network connects historians from different academic traditions in the West and East with the goal of creating a permanent dialogue on how global history is being interpreted and the challenges that such discipline is confronting. The major issues or questions to research are the birth of the early globalization, the movement of people and commodities, as well as socio-cultural and economic transfers that took place in both local and global scales, the different models of economic growth in both western and eastern areas, paying special attention on differences between developed and underdeveloped countries and how major developing economies located in Asia, such as China are moving towards the first position in the world's economy.

In order to see the roots of the current global society, scholars might observe how the past and recent history has been shaping contacts and interactions, through the integration of long-distance markets and the human and material circulation. With the aim of promoting the field of global history, we are seeking partnerships and cooperation projects with major academic institutions. The results of such projects will be presented on scientific events such as colloquiums, seminars or congresses, as well as through the publication of books and papers in collective works.